When we take care of each other,
the entire community wins. 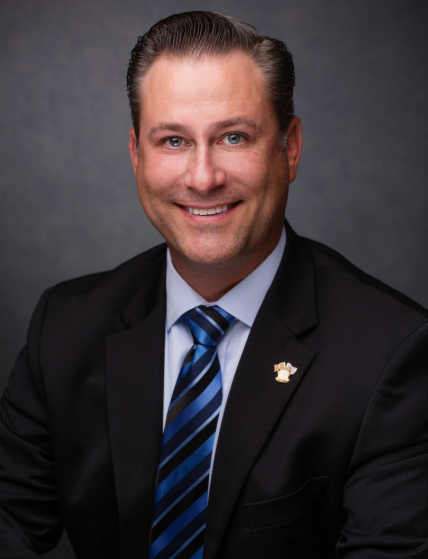 Donald P. Novey is an esteemed and active member of the Placer County community who takes great pride in the opportunity to serve and support public safety officers through his work. He has spent more than a decade representing public safety members, construction workers and members of public employee unions and was recently named as a Super Lawyers’ Rising Star Top-Rated Lawyer for the fourth consecutive year, beginning in 2017.

His practice is centered around a philosophy of community members taking care of one another for the greater good, and he is privileged to support those who protect and serve the community through his legal practice and in the appointed volunteer roles he holds.

Outside of his practice, Don holds several roles that allow him to support and develop integral programs that directly improve the communities throughout Placer County. As a member of the Rocklin Public Safety Foundation (RPSF) Board of Directors, he directly supports the work of peace officers and firefighters that keep his local community safe, with the overarching mission of improving the quality of life for local residents. In his role as vice chair of the Child Advocates of Placer County

CAPC), Don gives a voice to the community’s most vulnerable youth and enhances their lives by supporting programs that advocate for their empowerment.

Prior to co-founding a successful law firm that specialized in the representation of public safety officers, Don was a key team member for a Sacramento law firm that specialized in personal injury, workers’ compensation and labor and union matters. While there, he conducted seminars for labor organizations, including police, sheriff and fire associations and private labor unions.

In addition to the invaluable experience he gained in his public safety-focused roles, he spent a part of his career at a law firm representing agricultural companies in all aspects of labor and employment: election campaigns under the Agricultural Labor Relations Act, unfair labor practice charges, collective bargaining, Occupational Safety and Health Administration (OSHA) citation appeals and I-9 immigration compliance audits.

Today, Don holds memberships with the State Bar of California, Workers’ Compensation Section, California Applicant’s Attorney’s Association and United States District Court, Eastern District of California. His experience, education and upbringing in the public safety arena has shaped his values. These are the values that Novey Law Group was founded upon, and he is passionate about serving public safety professionals and community members through his daily work.

The information on this website is for general information purposes only. Nothing on this site should be taken as legal advice for any individual case or situation. This information is not intended to create, and receipt or viewing does not constitute, an attorney-client relationship.